I’m honored to be a part of this blog tour, organized by Shalini from Digital Reads Blog Tours. And today it’s about this interesting book that I’ve been excited to read but still waited yesterday to read it. LOL. 🙂

TITLE: Song for a Lost Kingdom

SERIES: Song for a Lost Kingdom #1

Music is not bound by time…

Adeena Stuart is a struggling cellist ready to give up on her dream of landing a spot with the National Arts Centre Orchestra. All that changes when she receives a musical score, lost for almost 300 years in a Scottish castle, sent by her dying grandmother.

When the score is played on the oldest surviving cello ever made in the UK, the music connects Adeena directly to the past as Katharine Carnegie, struggling to find words to complete her symphonic tour-de-force in the midst of 18th Century political rebellion that is tearing apart Scotland and England.

But Adeena is not a scientist or historian. What she wants more than anything is to create and compose. As she is buffeted back and forth between the past and present, she grows to want more of the past, even though the promise of her most yearned-for professional dream is coming true.

With a clear voice that sets us in modern day Ottawa and old world Scotland, Song for a Lost Kingdom, Book I, begins a journey of discovery between two women who share the same musical soul and love for the same doomed man.

(EXPLICIT EXCERPT: You can skip this and scroll down to the review if you want.)

KATHARINE’S ONLY CONCERN was for the new life taking hold in her womb. Only yesterday she had felt its first wondrous kick and now it stirred again, as his dirty fingers penetrated her roughly.

Katharine struggled to break free of his choking hold around her neck. But he only gripped tighter and pushed his thick fingers into her deeper. She felt another tiny kick in her belly as if in response to the gross violation.

The soldier laughed and withdrew his fingers. “Yer traitor’s bastard?”

He kept one hand around her throat as he raised the other, showing her the filthy fingers that he had used so horribly inside of her. He brought them to her lips and her stomach wrenched.

“My brother’s coming.” She gathered all her strength into a warning glare.

He ignored the threat and shoved two foul fingers into her mouth, feeling around her tongue. “The Captain knows what you’ve done. And with who.” He paused a moment before retracting his fingers to her bottom lip, peeling it down as if he were examining an animal.

“Yer a strong wench. But I’ll no marry you, like he asked me to.” He let go of her and stood up.  “I like your music, and I just want to ride you. My mate wants a turn too.” He started to unbutton his tunic and she knew she had to do something. Her mind was racing.

Her tone softened. “Can I undress first?”

He grinned, exposing his jagged brown teeth. “Yeah. Like ta see what I’m getting.” He sat down on the bed and began to remove his boots.

Katharine looked around to see where she had left her violoncello. She had brought it upstairs after tonight’s performance in the main hall of the Inn. Now it sat in the corner of the room and the bow lay on the table beside it, near a candle that provided the only light. She began to undress, a plan forming in her mind.

“Come over here wench,” the Redcoat called to her. He lay flat on the bed, his engorged organ standing at attention. “Get on me.”

She blew out the candle, gathered herself and walked slowly towards the man who waved his organ like a sword, grunting for her. The room was dark with only a faint moon outlining her shape. She came to the bedside, sickening herself with a faltering smile, displaying her bare breasts and crotch to him. As he reached to pull her on top of him, she took the bow from behind her back and in one swift movement, drove the end of it into his right eye.

He screamed in agony as she jumped away.

Katharine grabbed her dress off the floor, bolted out the door, down the stairs and out of Culloden House into the cold Scottish night.

As early as Chapter one, I knew I’d love the book because of the heroine herself, Adeena Stuart, a musician wannabe, a cellist. The book started with her in an audition, which somehow reminded of a scene from ‘If I stay’. And right then, I realized that she’s crazy as a dreamer. And I love characters that are dreamers because they remind me of ME. And Adeena didn’t disappoint. She’s a big reason why I loved this book. Though I might disagree with some thing she did which I’ll get to later.

The plot was so intricate but well constructed. I was almost worried that there would be a hole, because hello? we all know how hard it is to write about two timelines-different language, different settings, different people. But the author did an amazing job. I was never confused, not even once, about who I’m reading, where I am and what is happening. I had never had a hard time with the change in scenes/timelines/Povs.

The characters were all well-defined. I found the characters from the past so fascinating that I didn’t question even for once that their history must be studied or should I say, continued (not a spoiler..hehe) I mean if they’re not interesting enough, I wouldn’t be excited to learn about their lives. On the other hand, the modern-day characters seemed so real. Adeena and her parents, Adeena’s bestfriend, Tara, Her boyfriend Philipp…

I specifically liked Adeena’s relationship with her father. Also Adeena’s friendship with Tara and thankfully, it all turned out great between them. But I must admit, sometimes Adeena’s attitude put me off a bit. But I still liked her and actually her little flaw made her more real and relatable. 🙂

Overall, a solid 4-star. And you guys, I’m so excited for Book 2, I think, it’s gonna be amazing. Even more amazing than Book 1 because Adeena is… sorry you have to read the book to know. hehe.

You can read it for free with Kindle Unlimited. Or read the Prequel for free: HERE 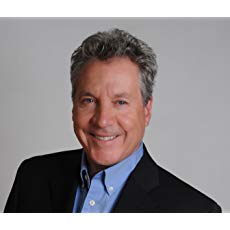 Steve’s writing journey started in journalism, public relations and advertising then continued into software development. Recently, finished a screenplay and his first novel, Song For a Lost kingdom. He grew up in London, Ontario  but moved to Ottawa and attended Carleton University many years ago and now live just south of the city with his wife, daughter and four dogs with attitude.

I think Page is partially not a cat. She's showing some signs. 😹😹😹
Page is wondering why I'm so busy on my desk. 😻😻😻
2020 sucks but I wanna know what's keeping you all busy these days? Tell me about your current projects, current reads, hobbies, etc.
Tell me your pet's name. This cutie here is PAGE and she's only 5-week old. I'm a new cat mommy and I would appreciate any advice. 😻😻😻
Loading Comments...
%d bloggers like this: